The Chair for International Politics at the University of Passau organised jointly with the Institute for Near and Middle Eastern Studies at the Ludwigs-Maximilians-University a workshop of the German-Arab Research Group “Tunisia in Transition”. The workshop, which gathered about 15 young researchers from Tunisia (Universities of Carthage, La Manouba and Tunis el-Manar) and ten from Germany (Universities of Munich and Passau), took place from October 9 to 13, 2013, in Munich. It had a fourfold objective: presenting and discussing individual and collective research, pursuing academic training, working on the professional perspectives of the young researchers and, finally, reaching out to public and politics.

In the framework of a research colloquium, each PhD candidate presented his research topic in one of the four panels “Tunisia’s new and old media during and after the Revolution”, “Social and political actors in the Tunisian transition”, “Democracy in Tunisia and its institutions and policies” and “European policies before and after the Arab Spring”. The colloquium was preceded by an intensive session on the methodology of public law. In another session on “political consulting” the young researchers discussed job perspectives in this sector with representatives of public and private institutions, which are active in this sector. In an interactive follow-up session, the participants developed in a simulation ideas for setting up an own think tank and business consultancy. Another session followed on career paths and tips and tricks on job applications. 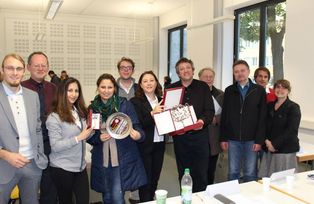 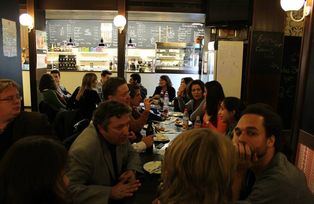 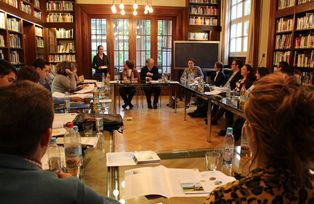 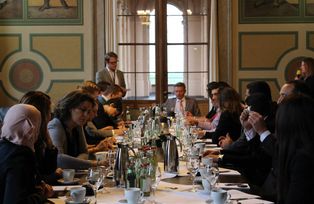 In addition to discussing questions of federalism and decentralization with members of the Bavarian Parliament and officials of the Bavarian State Chancellery, the workshop reached out to a broader public with the roundtable “Have the revolutions gone wrong? Young perspectives from Tunisia, Egypt and Syria”.  Anis Ben Amor from “Tunisia in Transition” was joined by Ebtisam Hussein (Egypt/University of Berlin) and Salim Salamah (Syria) in discussing achievements and failures of the transformation processes in their country.

In sum, the workshop constituted a central step in further developing the interdisciplinary German-Arab Research Group “Tunisia in Transition” and strengthening the capacities of its members. "Tunisia in Transition" is grateful for the support of the German Academic Exchange Service (DAAD) and for the commitment of all its partners. From Passau University, in addition to Edmund Ratka (project coordinator) and Johanna Speyer (assistant), the Professors Bernhard Stahl (International Politics) and Oliver Hahn (Journalism) as well Laura Jaspers and Katharina McLarren, PhD candidates at the Chair for International Politics, have participated in the event.