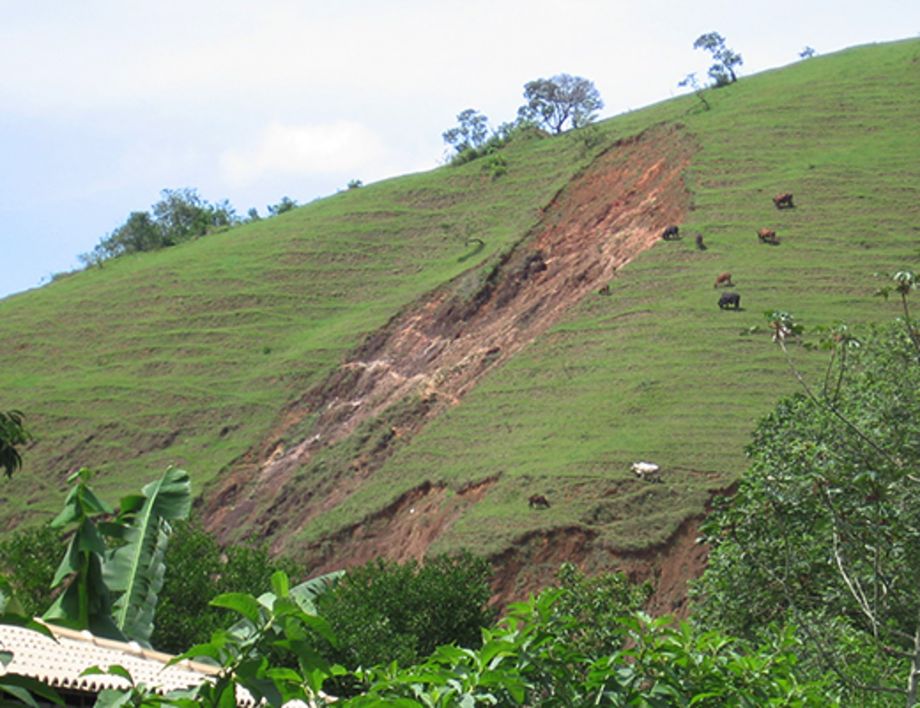 Geographers at the University of Passau coordinate a project, that prepares a prevention strategy for the border between the Brazil's Atlantic Forest and the Cerrado. The research team collects data for points at which the ecosystem could tip.

55% of the Brazilian GDP is generated within the four Brazilian states of São Paulo (SP), Minas Gerais (MG), Rio de Janeiro (RJ), and Espirito Santo and c. 82 million people live in an area of 924,400 km². This corresponds to about 40% of the total Brazilian population but only to 11% of the country's territory.

In the recent past, the region was affected by severe droughts, such as the events in 2012, 2014 and 2015, the latter leading to a major shortfall in the water supply of São Paulo. The causes of the drought events are controversially discussed. Factors contributing to increased drought risk in Southeast Brazil are poor water management and a lack of protection of watersheds and reservoirs.

The tropical and subtropical landscapes of Southeast Brazil are under the increasing influence of a multitude of anthropogenic drivers of environmental change, mostly related to unprecedented rates of land cover change. The process of large scale deforestation and land use intensification started already with the arrival of the European colonizers about 450 years ago, while the development of the mountainous hinterland of SP and RJ took mainly place within the last 100 years.

Objectives and expected outcomes of the project

The overall objective of this project is to understand controlling processes within the drought-prone transition zone between the Mata Atlântica and Cerrado biomes in order to predict as accurately as possible its social-ecological tipping point.

It is seen as innovative that the project idea is based on the social buffer function of familyagriculture landscapes, and therefore the landscape tipping point will be identified by the possibility to use land for farming. As a result, ecological definitions of tipping points are blended with economic threshold calculations related to critical EF of water retention, local climate regulation, erosion control, biodiversity, and soil fertility as well as critical land-use potential levels related to land productivity and water supply.

The Federal Ministry for Research and Education (BMBF) funds the project for one year under the BioTip programme on tipping points, the dynamics and interactions of social and ecological systems.